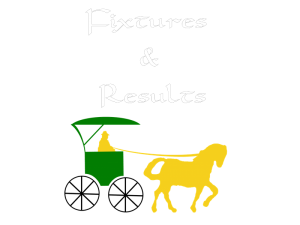 Division 1 League Semi-Final Rhode v Edenderry in Rhode on Tuesday the 23th at 7.30pm   Junior B Championship Rhode v Clara in Clara on Friday at 8pm.   Under 16 Championship Rhode v Kilcormack-Killoughey in Kilcormack on Monday the 27th at 7.30pm       Rhode Under 14 footballers were beaten by Shamrocks narrowly in Rhode on Monday evening last on a 2-14 to 1-16 score line. Maglia Shaquille O’Neal Bryce Petty – Baylor Bears This was a very competitive game of football with Shamrocks just about deserving victory. nike air max 2016 goedkope albion silver Rhode have won two games and lost two games of their four games with two games remaining against Gracefield and Ballinamere-Durrow. fjällräven kånken Klassiska Air Jordan 12 Retro       Offaly Senior footballers recorded a 1-20 to 1-7 win over Waterford in Fraher Park Dungarvan on Saturday and have now qualified for the second round of the qualifiers when they will play the losers of the Dublin v Kildare game. Air Max 2017 Nero Donna

On the team and panel from the Club were Brian Darby, Niall Darby, Anton Sullivan, Conor McNamee, Ken Garry, Paul McPadden, James McPadden, Eoin Rigney while Niall McNamee missed the game through a hand injury and will be out of the game in two weeks. NIKE Air VAPORMAX He is wished a speedy recovery from all at the Club. asics gel lyte 5 hombre Womens Air Jordan 8 Offaly’s next game is in two weeks time the 4th of July and it’s a home game. Air Jordan XX9 Retro
nike air presto donna       The best of luck to the Offaly Under 21 hurling team and management team who play Wexford in the Leinster Under 21 hurling semi-final on Wednesday in O’Connor Park at 7pm. nike scarpe 2017 nike tn bordeaux   There was no winner of the Rhode GAA Lotto Draw that took place on the 15th of June for a Jackpot of €15,000. Maglie Los Angeles Clippers The numbers drawn were 5 20 25 27. new balance 574 homme gris The club would like to thank all those who supported the draw and thanks to O’Toole’s for the use of their premises and for their help and cooperation. corrida asics golden run 2016 Nike Free Run +2 The following matched three numbers and received €100 each Liam Quinn, Rhode Colette Quinn, Rochfortbridge The Rhode GAA Lotto is the main source of income the club has and now you can play online though our website. Nike Air Max 2015 damskie

The good news is when you play the lotto online you are entitled to free draws, for example pay for seven draws receive the eighth one free, pay for fourteen draws receive two free and so on.