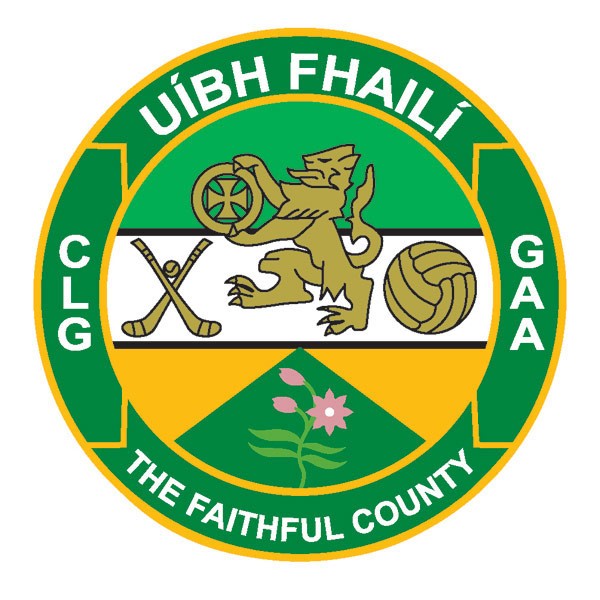 Offaly Under 21 footballers play Wexford at a Wexford venue this Wednesday night at 8pm. On the panel for selection from Rhode is Conor McNamee, Philip Foy of Clonmore Harps and Thomas Mooney of St. Brigid’s who play their under 21 football with the Rhode parish Under 21 side St. Michael’s.

Offaly Minor footballers were defeated by Clare in the second round of the Leinster minor league at Mullingar on Saturday on a 4-7 to 1-12 score line. On the team and penal from Rhode were Ruairi McNamee and Jack Murphy.

St. Joseph’s Rochfortbridge Secondary School senior A football team were defeated by St. Pat’s of Navan in the Leinster quarter final last week on a 3-13 to 2-12 score line. On the team from the Rhode Og Minor Club were Jack Murphy and Niall McCabe.

Offaly Senior hurlers under the guidance’s of Brian Whelan and the new management team were beaten by Laois in O’Connor Park on Sunday on a score line 1-19 to 2-14. Offaly play the second round of the league when they are away to Wexford.

The Rhode v Tubber division 1 league game which was due to be played in Tubber on Saturday was postponed due to the bad weather conditions as was the Rhode v Kilclonfert division 3 game.

There was no winner of the Rhode GAA Lotto for the week ending 10th of February for a Jackpot of €15,000. The numbers drawn were 3 5 16 19. The club like to thank all those who supported the draw and thanks to O’Toole’s for the use of their premises and for their help and cooperation. The following matched three numbers and received €35 each. The next lotto draw will take place in Killeen.
Aishling Killeen, Rhode
Dierdre Kirwin, c/o Stephen Darby
Sean Dunne, Ballybryan
Pat Kilmurray, Dublin c/o Pat McManus
Bernadette Cole, St Patrick’s Ave
Mary O’Toole, Rhode
Michelle Aspell, Togher
The Rhode GAA Lotto is the main source of income the club has and now you can play online though our website. The good news is when you play the lotto online you are entitled to free draws, for example pay for seven draws receive the eighth one free, pay for fourteen draws receive two free and so on. In other words, the more you play the more free draws you are entitled to!!

Membership of the club is now due and can be paid to any of the club officials who are as follows Patricia McManus, Mary Hannon, Jody Kilmurray, James Murphy, Ger Noonan and John Glennon. Subscriptions are as follows
Family €50
Players and Insurances €30
Adult €25
O.A.P €5
Students €2

The club extends get well wishes to everyone in the parish who are ill or are hospitalised at the moment especially to Eddie Lenihan all at Rhode GAA wishes you a speedy recovry.

Sympathy is extended to the Mongomery family of Edenderry and to the Dunne family of Ballyheshill Rhode on the death of Pat who died on Sunday last and was interred to Edenderry cemetery on Wednesday. May he Rest In Peace. Sympathy is also extended to the Leavey family of Clonmeen on the death of Peter after a short illness. Peter was a gentleman of the highest order, a man of quite disposition but a great conversationalist. He was also a farmer and an employee of Bord Na Mona. He went about his life in a quiet and dignified manner and will be greatly missed by all of us but especially by his immediate family. Peter was also a great follower and supporter of all Rhode and Offaly teams. Peter’s remains were laid to rest in Rhode cemetery on Saturday. May he Rest In Peace.