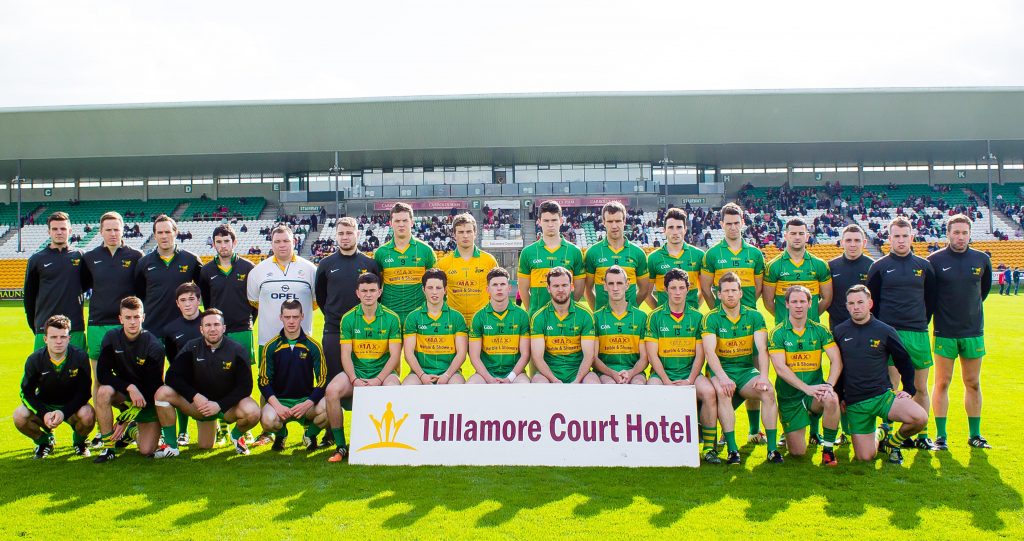 Rhode Senior Football Manager Pat Daly has completed his three year term and will not seek to be re-appointed. Speaking Last week Pat added   ” I would like to thank the players selectors Paula our physio and the extended back-room team for their huge commitment and hard work over the last three years and wish them the best of luck for the years ahead. I would also like to thank James our team secretary,Seamus our Chairman and his committee for their help and support”. Following From This Rhode Club would like to thank Pat and his management team for their excellent work over the last three years and indeed his dedication to the Club as a Player, selector and Team Manager. In his time as manager he guided Rhode to 3 consecutive Senior Finals winning one in 2014, Senior Div. 1 League Title this year and he also guided the Parish U,21 side St. Michaels to the Championship in 2013

Faithful Fields
On Thursday last in Croke Park Offaly GAA Launched the development and fundraising  of the new Centre of Excellence for Gaelic games in the county which is situated in Kilcormac. It was a great occasion and very well presented by the Faithful Fields working group outlining the need for the training centre, what it will provide and the fundraising effort that is needed to make the whole project a success. The Development will cost €2.25 million with 25% which will  need to be required from local support throughout the County. The Rest of the contributions will come  from GAA Central Council, Leinster GAA, The sports capital Programme and the Offaly Enterprise Fund.
When complete the Training Centre  will comprise of four floodlit, full-sized training pitches, a complex of six modern dressing rooms, a meeting room/dining area and a weights/circuit training room.  A 1.1 kilometre walkway will also be available for use by the wider community.

There was no winner of the Rhode GAA Lotto Draw that took place for the week ending 19th of October for a Jackpot of €15,000.  The numbers drawn were 6 18 23 29.  The club would like to thank all those who supported the draw and thanks to O’Toole’s for the use of their premises and for their help and cooperation.  There was no Match 3’s  and after a subsequent  draw the following received  €50 each