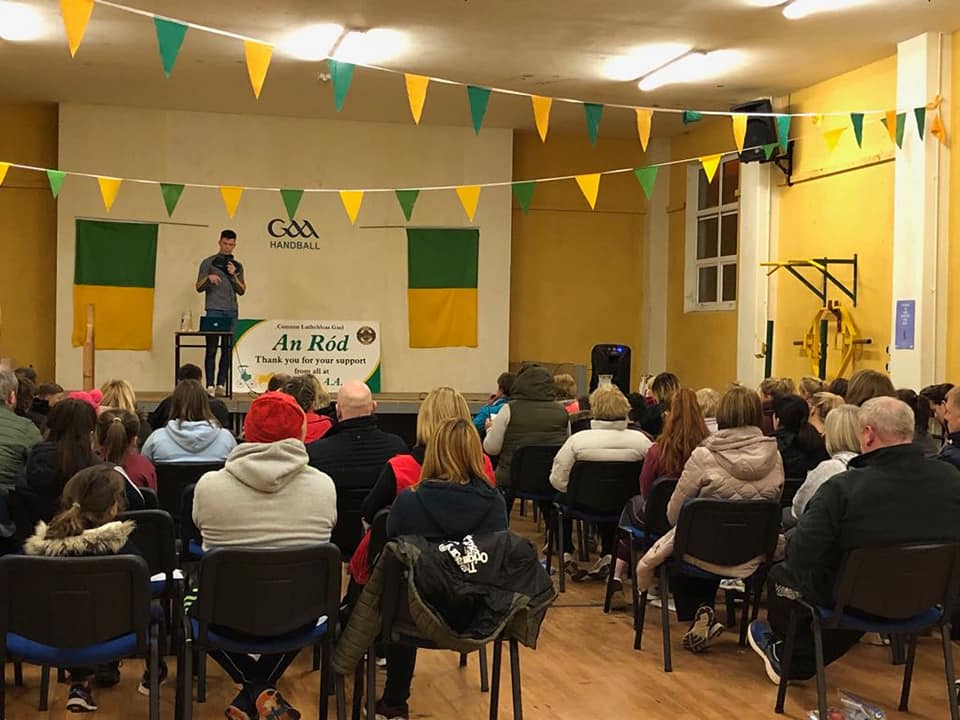 Rhode GAA Transformation week 1 of 6 has officially Kicked of on Monday 8th of January in Rhode GAA Hall  with events kicking off with a motivational talk on healthy eating and staying on track throughout  the six weeks and beyond which was followed by registration of participant’s . Each Participant was giving a starter pack with plenty of leaflets and hi-viz vest to take away to help you through the six weeks. Also available to participants is the weigh-ins /blood pressure check by registered nurses (confidentiality ensured) which will be carried out weekly to track their loss if they so wish.

There is something for everyone young and old with workshops, talks and demos taking place every week of the six weeks with Diabetes Ireland carrying out screening.

Massive Congratulations to our own Brian Darby on been named 2017 Offaly Senior Footballer of the year   The Offaly GAA Awards night will take place  this  Friday January 12th 2018 in the Bridge House Hotel Tullamore.

Congratulations is also extended to Fahy handballer  David Hope who collects  his fourth   Offaly handballer of the year award. It was a dream year for David winning Leinster and All Ireland Single and Doubles titles.

As Always The Bridge House Offaly GAA Awards promises to be a great night  those wishing to obtain tickets can do so by contacting John Glennon 087 2715 804.

There was no winner of the Rhode GAA Lotto Draw that took place on the 2nd of January for a Jackpot of €15,000.  The numbers drawn were 15 18 23 27.  The club would like to thank all those who supported the draw and thanks to Doyle’s for the use of their premises and for their help and cooperation.  The following matched three numbers and received €200.