A Big Week Ahead For Our U17 , Junior and Senior Teams 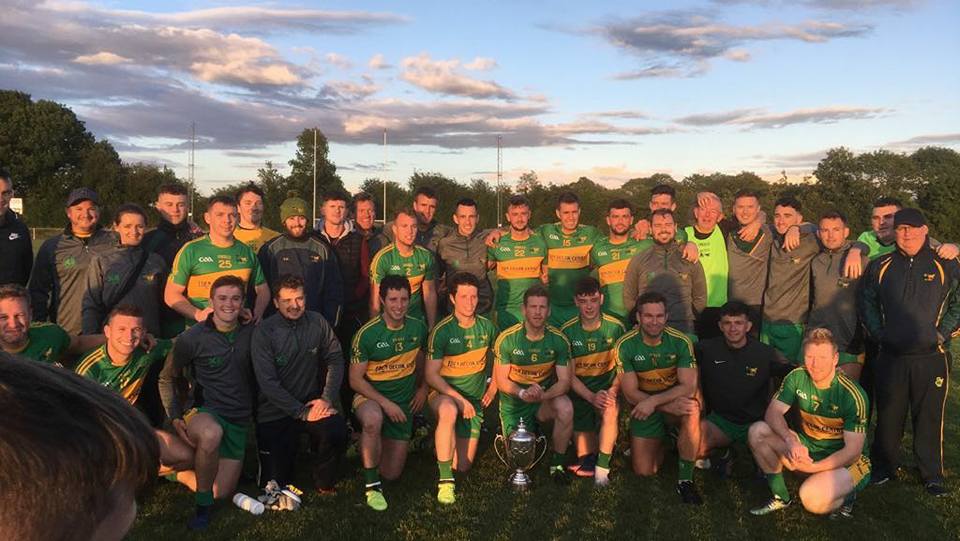 U’17 Quarter Final Re- Fixture

Rhode U17 Footballer’s take on Tullamore in Gracefield at 7:30pm this coming Wednesday September 26th

Rhode U’7s enjoyed a great game of football on Saturday last against Ferbane/Belmont in Fr.Dowling Park. Many thanks to Ferbane/Belmont for travelling over and for making it an enjoyable day .

Massive Congrats to David Hope who defeated James Brady of Cavan on Sunday last, to Reach the Over 35 A Singles All Ireland final .
Well Done to David Hope and Noel Murphy who retained their over 35 A Doubles Leinster Title beating Peter Reilly/Joe Cummins of Meath on Wednesday night last.

Hard Luck to Declan Kilmurray and Cathal Mcnamee who were defeated in the Junior C Doubles Leinster final on Wednesday night last.

Happy Anniversary
Massive Congratulations to Fr. Larry Malone on Celebrating the 30 Anniversary of his ordination into the priesthood.

There was no winner of the Rhode GAA Lotto Draw that took place on the 17th of September for a Jackpot of €20,000.  The numbers drawn were 5 23 26 28.  The club would like to thank all those who supported the draw and thanks to O’Toole’s for the use of their premises and for their help and cooperation.  The following matched three numbers and received €50 each.

Get well:
Get well wishes are extended to all of the people of the parish who are ill or hospitalised at the moment especially our own John Beezy Glennon who was in hospital for a few days following an operation. Hope to see you out very soon Beezy.