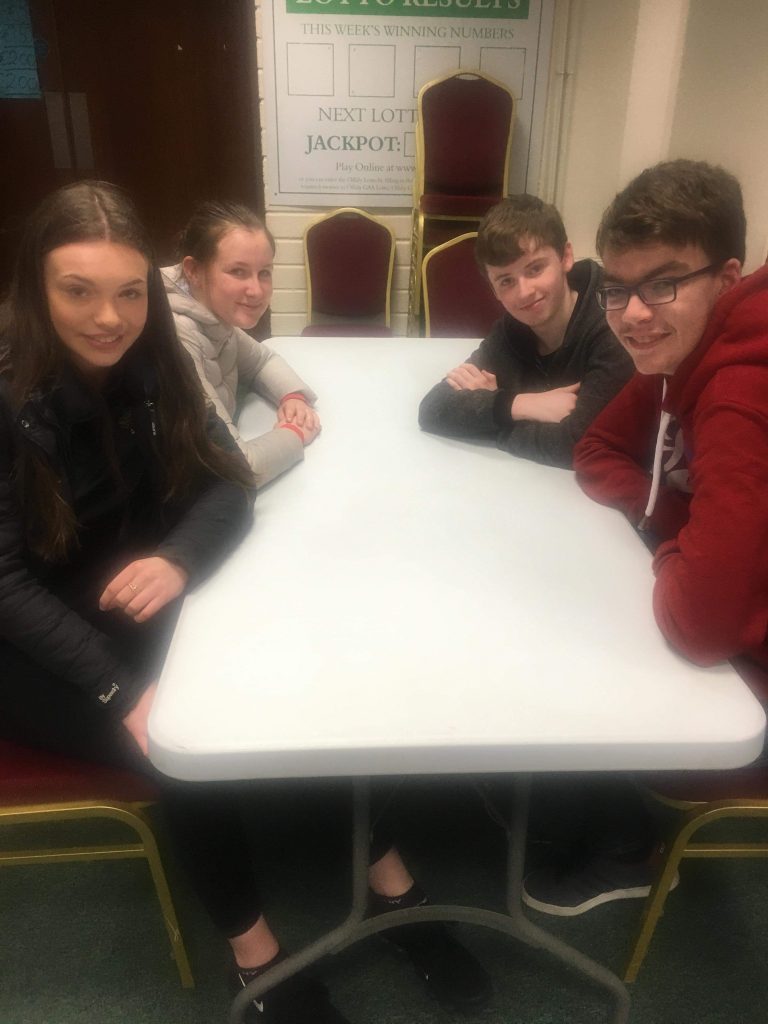 Following on from our walk on St.Stephen’s Day   we are delighted to announce that the Monies Raised from our bucket collection on day , the go fund me page and other donations  was €5,211,03 . A Massive Thank you to all who supported this wonderful cause your gensorsity is indeed a testament to you and the great community spirit that supported this event

At this year’s Offaly GAA awards night in the Bridge House Hotel on Saturday  the 19th  of January Two of Rhode’s Finest Sports Stars Anton Sullivan (Senior Footballer of the year) & Daithi Hope (Handballer of the year) receive their awards for their accolades: If anyone Interested in attending a wonderful night to Celebrate Anton and Daithi,s Achievements Tickets are €35 and available from Club Secretary Eoghan Hickey (087) 948 1249 :

We are delighted to announce we are holding a club registration evening for all our Under-age Teams, Adult Teams, Ordinary Members , and anyone wishing to become a member of our club or for the  walking Track Membership on Friday the 8th of February from 7pm to 9pm in Rhode GAA Hall  We urge anyone wishing to pay their membership for 2019 to please attend. Further details will be available on our Social Media pages  and Website in the coming days.

A Massive well done to the our young representative’s who took part in Scor Trath na gCeist on Friday night in O’Connor Park Tullamore. This is our second time to have representation  in Scor  in a few months which gives us great hope that this can flourish once again in the club

There was no winner of the Rhode GAA Lotto Draw that took place on the 8th of January for a Jackpot of €5,000.  The numbers drawn were 6 9 29 30.  The club would like to thank all those who supported the draw and thanks to Doyle’s for the use of their premises and for their help and cooperation.  The following matched three numbers and received €200

The Hyland Family as a whole have been Great servants of the club with Stephen serving with distinction in various  roles such as Club Secretary , County Board Delegate and Vice Chairman. While his wife Kathleen also served for many years on the club committee. Their Son Anthony played with distinction at every level winning numerous championships most especially a Senior Championship in 1998 and Junior A Championship in 2003. Their Grandson Anthony also served the Green & Gold Gold winning numerous under-age title’s
Stephen’s dedication to the GAA was not just seen here in  Rhode but further a field as he was a founding member of Shannonbridge GAA club in the 70.
Stephen’s Funeral mass took place on Monday afternoon last in St,Peter’s Church Rhode followed by burial to the adjoining cemetery.

May Stephen Rest In Peace.