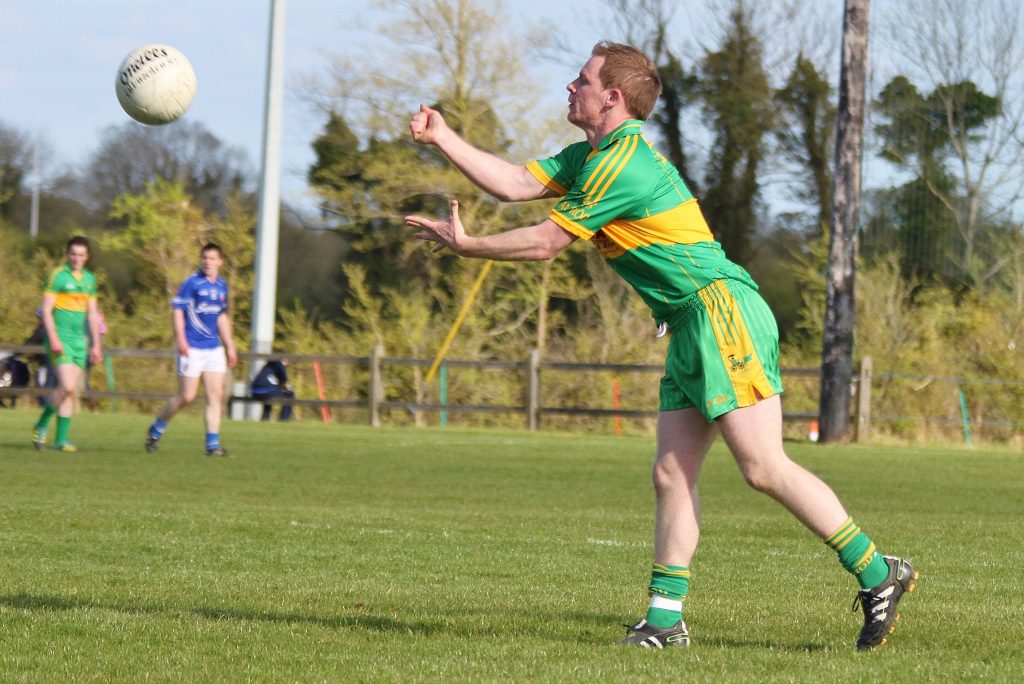 SRhode Senior footballers played their second championship game on Thursday evening in Durrow when they had a 1-20 to 0-8 win over Ferbane. Rhode laid the foundation for this win in the first 16 minutes of the half when they raced into a 0-6 to 0-1 with points from Niall McNamee (2), Anton (2) and one point each from Glen O’Connell and Eoghan Byrne. More points were added from McNamee, Anton, James McPadden and O’Connell to leave the score at the interval 0-12 to 0-2. Rhode did not lose focus in the second half 11 minutes in Rhode were awarded a penalty O’Connell stepped up and made no mistake to leave the scores at 1-17 to 0-5. Rhode’s three remaining games are against St. Rynagh’s, Ballycumber and Kilcormac-Killoughey.

Rhode Intermediate footballers were narrowly beaten by Shannonbridge in the second of the championship on Sunday morning in Killurin on a score line of 1-8 to 0-8.

Rhode Junior B footballers dropped their second brace of points in this year’s championship when they were defeated by Durrow in Rhode on Friday evening on a 3-9 to 0-7 score line.

The Offaly Primary Schools final’s took place on Wednesday last in the spindled surroundings of O’Connor Park. The teams from the parish that took part in Ballybryan the boys were beaten the by Mucklagh National School in the A final by four points while their ladies team were beaten as well. Rhode boys team for the second successive year won the C final beating Tubber by four points. Well done to all the boys and girls for competing so well and to Rhode School for winning and a special thanks to all the teachers of all the schools in the parish for their tremendous work they do both academically and on the sporting fields.

The Under 16 League semi-final between Rhode and Shamrocks which was due to be played in Geashill on Tuesday evening last was postponed due to the bad weather conditions.

You can now follow Rhode GAA by receiving text messages on your phone.
Instructions: Text follow RhodeGAA to 51210
Advantages: Live Score Updates, Lotto News, Rhode Notes, Underage to Senior updates
This will work for most networks and all phones. This is a completely free service.

There was no winner of the Rhode GAA Lotto for the week ending 19th of May for a Jackpot of €15,000. The numbers drawn were 4 8 24 28. The club like 6to thank all those who supported the draw and thanks to Killeen for the use of their premises and for their help and cooperation. The following matched three numbers and received €100 each

Sympathy is extended to the Connell family of Edenderry and Marino Dublin on the death of Barry whose remains were interred to Edenderry cemetery on Friday. May he rest in peace.