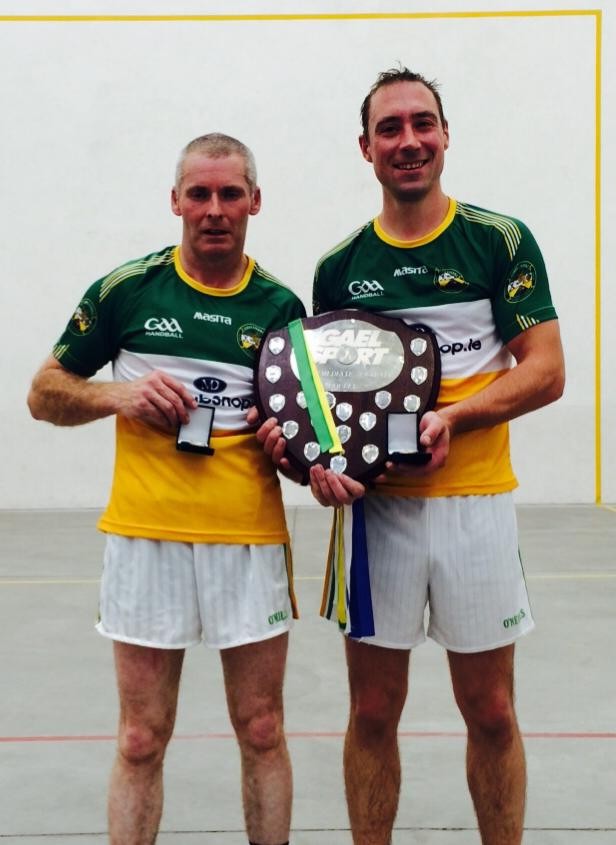 Well done to Fahy’s Noel Murphy and David Hope who won the All-Ireland on Saturday with a win over the Wexford pair. This is a great achievement for the lads as they win another All-Ireland and bring further glory to both their county and club.

Rhode Senior footballers qualified for their third senior championship final in a row when recorded a 0-18 to 0-11 win over Clara in O’Connor Park on Sunday. Rhode will now meet old rivals and neighbours Edenderry in the final.

Rhode Under 14 footballers qualified for the semi-final of the Under 14 football B championship when on Monday they had a 5-10 to 2-7 win over St Rynagh’s in Tubber. The game wasreferred by Noel Daly (Shamrocks).
Under 14 B Semi-Final Rhode v Kilcormac/Killoughey in Geashill on Wednesday at 7.30pm referee is Martin Carthy (Walsh-Island).

There was no winner of the Rhode GAA Lotto for the week ending 22nd of September for a Jackpot of €15,000. The numbers drawn were 4 9 13 17 The club like to thank all those who supported the draw and thanks to O’Toole’s for the use of their premises and for their help and cooperation. The following matched three numbers and received €20 each

Get well wishes is extended to all the people of the parish who are ill or hospitalised at the moment especially to former senior player, chairman, member and excellent clubman Liam Swaine who has been hospitalised over the last few weeks. All at the club wishes Liam a speedy recovery.

Sympathy is extended to the Hannon family of Derryarkin Croghan on the death of Susan whose remains were interred in Croghan cemetery last week and also to the Hannon family of Ballybeg Croghan on the death of Johnny whose remains were interred to Croghan cemetery last week. All at Rhode GAA send their deepest sympathy to both families. May they both rest in peace.