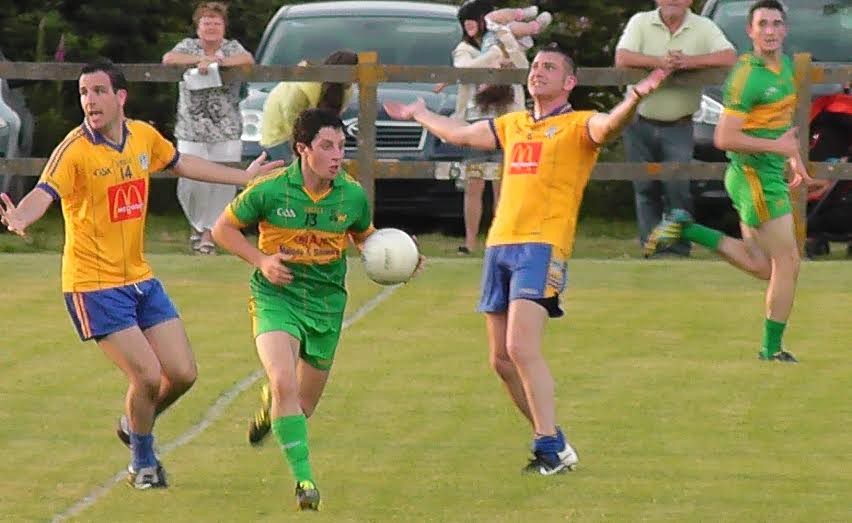 The best of luck to the Rhode Senior team and management team of Pat Daly (manager), Pauric Dunne and Alan Kellaghan who play the Meath champions Navan O’Mahoney’s in the Leinster Senior Club Championship quarter-final in O’Connor Park at 2pm.  The team have prepared well and here’s hoping for the best on Sunday.

The best of luck to the Daingean Junior football team who play Balla on Sunday at a Carlow venue in the Leinster championship.

Hard luck to Raheen Intermediate footballers who were narrowly beaten by the Meath champions Ballinlagh in Navan on Sunday in the quarter final on a 0-12 to 0-10 score line.

Well done to Kilcormac/Killoughey who qualified for the semi-final of the Leinster Senior Club hurling when they had a 2-13 to 0-18 after extra-time win over Shemiliers of Wexford in Wexford Park on Sunday.  They now meet Rathdowney in the semi-final in two weeks.

Well done to Clara who defeated Ros Glas of Kildare in the first round of the Leinster Special Junior hurling championship on Sunday at Hawkfeild in Kildare 1-19 to 0-2.

Rhode Minor footballers qualified for the Minor B Final when they recorded a 3-9 to 2-9 win over St. Rynagh’s in Durrow on Bank Holiday Monday.  Rhode will now play Na Fianna in the final.

There was no winner of the Rhode GAA Lotto for the week ending 28th of October for a Jackpot of €15,000.  The numbers drawn were 10 15 18 20   The club like to thank all those who supported the draw and thanks to Doyle’s for the use of their premises and for their help and cooperation.  The following matched three numbers and received €35 each

Get well wishes is extended to all of the parish who are ill or hospitalised at the moment especially to Liam Swaine, Brendan O’Toole, Claire Quinn and Minnie Owens who were all in hospital lately.

Sympathy is extended to the Sullivan family of Clonin Rhode and Mooretown Fore Co. Westmeath on the death of Dan after a short illness.  Dan was one of life’s true gentlemen, a man of great wit and humour and a great character.  He was also a man you would wish to meet be it at a match or on the street.  He was a tremendous supporter of all Rhode and Offaly teams and over the years attended all games.  We all have lost a great and loyal friend.  All at Rhode GAA Club send their deepest sympathy to his wife Olive, brother Jim, sisters Helen and Kathleen and his extended family.  Dan was laid to rest in his native Rhode on Sunday after 11.30 mass.  May he Rest In Peace.