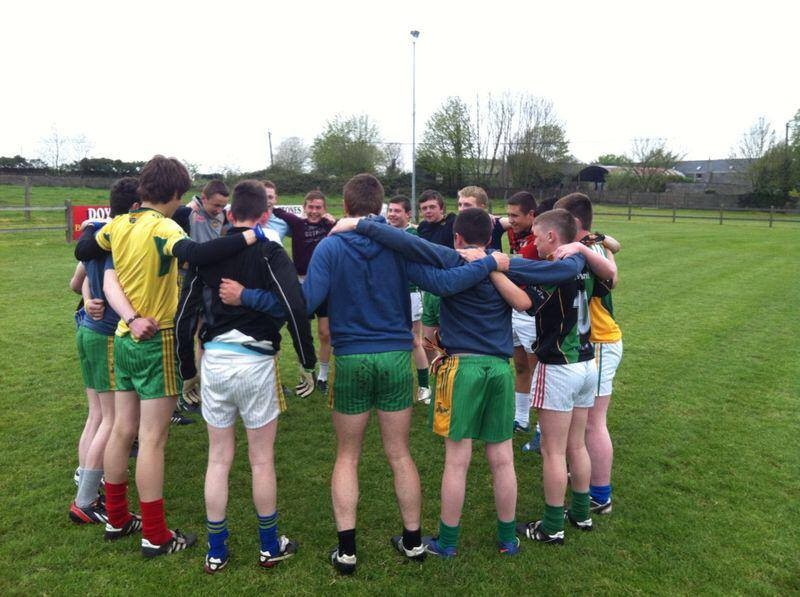 The Rhode parish Under 21 side St Michael’s were beaten by Na Fianna (Killeigh) in the first round of the Offaly Under 21 championship in Rhode on Friday night.  The first half of this game was a well contested game with Na Fianna leading by one point at the interval but a goal early in the second half for Na Fianna put them on their way to a deserved 2-11 to 1-7 score line.

Offaly Senior footballers play London in Ruislip on Sunday at 2pm.  There are a number of players from the Rhode Club on the panel for selection.  It is a very important game as Offaly try to get promotion from Division 4 and they are wished the best of luck.  There is a huge crowd from the village making the journey over and all are wished a safe journey.

Offaly Senior hurlers were beaten by Galway in the Walsh Cup on Sunday in O’Connor Park on a score line of Galway 2-22 Offaly 1-13.

There was no winner of the Rhode GAA Lotto for the week ending 19th of January for a Jackpot of €15,000.  The numbers drawn were 2 22 27 29   The club would like to thank all those who supported the draw and thanks to Killeen’s for the use of their premises and for their help and cooperation.  The following matched three numbers and received €70 each.  Next week’s draw will take place in O’Toole’s