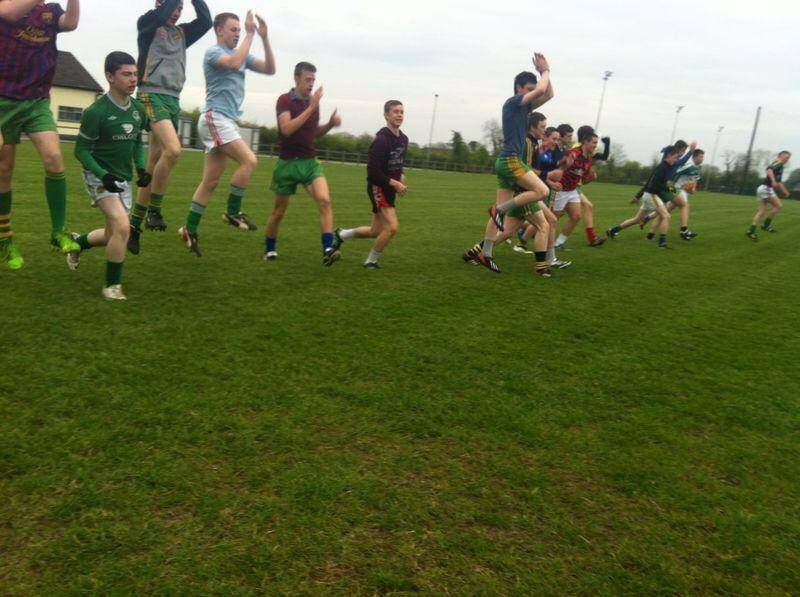 Rhode Senior footballers dropped their second brace of points in this year’s league when they were beaten by Ferbane in Rhode on Saturday evening on a 1-9 to 1-7 score line.  The game was well refereed by Davy Walsh (Gracefield)

Offaly Senior footballers lost their unbeaten run in this year’s Division 4 when they were beaten by Longford in Longford on Sunday on a 0-13 to 0-10 score line.  However the main talking point in this game was the performance of the referee Brendan Cauley of Kildare who was simply atrocious as he gave the most biased displays against any one team as he did against Offaly on Sunday, sending off three Offaly players and gave the opposition frees for literally nothing.  The result however leaves Offaly with a do or die game on Sunday in Tullamore where a victory over Antrim will mean promotion to division 3 along with Longford.

Offaly Senior hurlers bowed out of the national hurling league when they were beaten by Tipperary in the quarter final in Tullamore on Sunday on a score line of 1-16 to 0-13.

There was no winner of the Rhode GAA Lotto for the week ending 23rd of March for a Jackpot of €15,000.  The numbers drawn were 11 16 22 30.  The club would like to thank all those who supported the draw and thanks to Doyle’s for the use of their premises and for their help and cooperation.  The following matched three numbers and received €35 each

Get well wishes is extended to all the people of the parish who are ill or hospitalised at the moment especially to Fr. Tommy Swords one of the vice-presidents of the club who is seriously ill in South Africa.  Fr. Tommy is a lifelong member and great supporter of all Rhode and Offaly teams.  We all wish Tommy well and hope that he makes a speedy recovery.

Sympathy is extended to the Mooney family of Fahy on the death of Paddy in his 90th year after a short illness.  Paddy passed away on Thursday morning.  Paddy was a great husband to his deceased wife Josie, sons Thomas and Johnny, daughters Marie, Breda, Sylvia, Ann and Patricia.  He was also a great provider for his family as he was a great worker who could turn his hand to any type of job.  He also had a great interest in the club, he was an excellent handballer and he played football with Rhode.  He also had a great interest in music particularly Irish music.  He was also a great supporter of all Rhode and Offaly teams and all his life he attended all games.  He was indeed a very proud man when his son Johnny excelled on the football field especially in Offaly’s historic All-Ireland win in 1982 when history was made.  The whole community of Rhode and the GAA Club in particular have lost a true and loyal friend.  Paddy was laid to rest in Rhode cemetery on Friday where the Rhode GAA Club and the Fahy handball club held a guard of honour.  May he rest in peace.  Sympathy is also extended to the Nolan family of Edenderry on the death of their mother Teresa whose remains were interred to Edenderry cemetery on Thursday.  May she rest in peace.