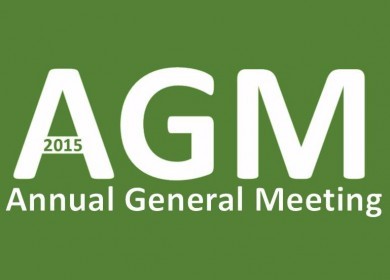 The AGM of Rhode GAA Club takes place this Friday the 4th of December in Rhode GAA Hall at 8pm Sharp. California Golden Bears All Members and Intending Members are requested to attend.

All Nominations for the various positions were to be forwarded to Club secretary Ger Hynes up to and on Friday the 27th Of November. VALCLEAN2 CMF

.The AGM is an important part of the Clubs calendar where all aspects of the clubs activities for 2015 will be up for discussion. All attending the meeting will be requested to sign on arrival with club registrar Ger Noonan and membership for 2016 will be taken on the night and we would request members to do so. asics gel quantum 360 damskie

Rhode Minor club Under-age awards night for all Our Under-age Teams will take place on Saturday the 12th December at pm in Rhode GAA Hall . It promises to be a great a great evening to celebrate all their hard work during the year. nike air max goedkoop

The Offaly GAA Convention will take place in O’Connor Park Meeting room Tullamore on Tuesday the 8th of December 2015. Andrew Luck Stanford Football Jerseys Convention delegates will be elected at the Clubs AGM.

Hard Luck Hard Luck to Rhode man Tom Coffey (Athlone Manager ) who were beaten by Rathoath of Meath in the Leinster Intermediate Club Football Final on Saturday last in Cusack Park Mullingar on a score-line of 2-13 to 2-09.   Lotto There was no winner of the Rhode GAA Lotto Draw that took place on the 23rd of November for a Jackpot of €15,000. The numbers drawn were 17 20 24 26. Nike Kevin Durant The club would like to thank all those who supported the draw and thanks to Killeen’s for the use of their premises and for their help and cooperation. The following matched three numbers and received €50 each John Glennon Marie Byrne Derek Spollen Tina Mooney   Next week is our Monthly lucky dip bonus of €500 for December The Rhode GAA Lotto is the main source of income the club has and now you can play online though our website. adidas original superstar 80s femme The good news is when you play the lotto on-line you are entitled to free draws, for example pay for seven draws receive the eighth one free, pay for fourteen draws receive two free and so on. In other words, the more you play the more free draws you are entitled to!!     Leinster Junior Club Hurling Final The very best of luck to Lusmagh GAA Club who play Glenmore of Kilkenny in the Leinster Junior Final on Saturday next in O’Connor Park Tullamore at 2pm. AIR HUARACHE

Sympathy is extended to the Dunne family of Ballyheashill and to the Montgomery family on the death of George Montgomery who died in Birmingham early last week and whose remains will be interned in St, Mary’s Cemetery next week. nike free 3.0 v5 ext leopard The deceased was a brother of Mrs Sally Dunne Ballyheashill. nike air max 2015 czarne Sympathy is also extended to the Gavin family Rhode on the death of Olive McCann whose remains were interred in Rathoath cemetery Saturday last. The deceased was the sister of Mrs Miriam Gavin ( Rhode choir director) .