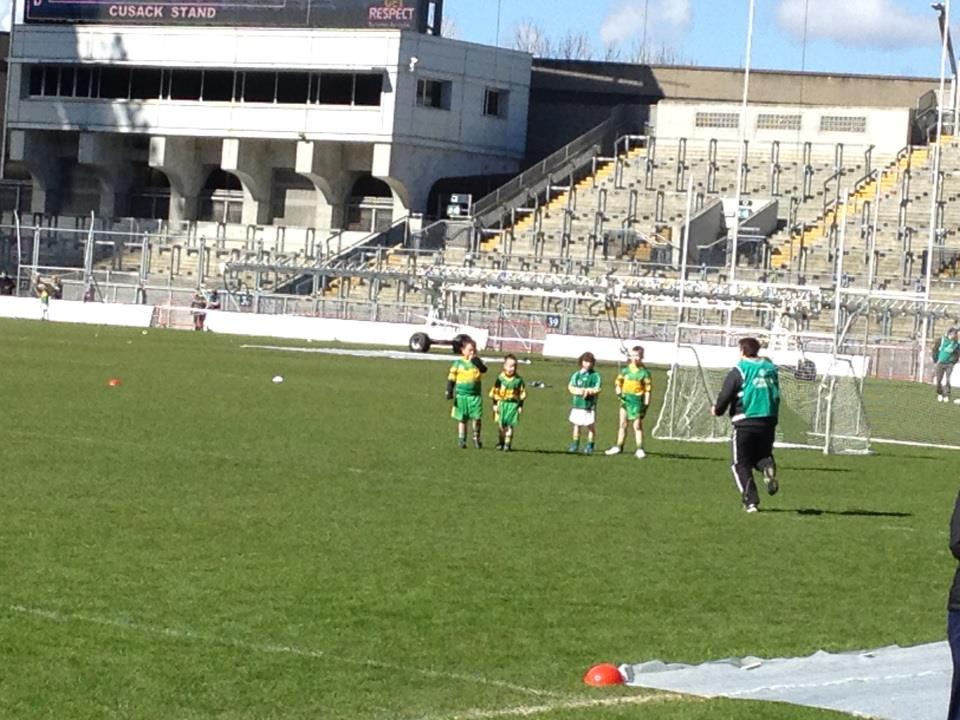 Hard luck to Offaly Senior Footballers who were beaten by rivals Kildare in the All Ireland  Qualifiers by 2-14 to 1-22.  This defeat brings the end to offalys run in the Championship with the County Championship expected to start on the weekend of 23rd July.
– Legend Rhode are well represented with a eight  of our players on the Offaly Panel:

Hard luck to Offaly Minors who lost out to Lapis in the Leinster Championship Semi final on Tueday evening last on a score -line of 1-15 to 0-06 . Offaly were led by  Rhode minor player Dylan Kavnagh who did his club and county proud as team Captain.  Also on the Offaly panel were Dean MCNamee and Anto Kilmurray.

Rhode minor Footballers narrowly lost out to St.Vincent’s in the Championship on Friday evening last in Rhode on a score-line of 1-10 to 0-10.

Rhode were defeated by Clara Friday evening last in Clara by 0-14 to 0-1.

The annual Rhode GAA Cul Camp will commence in Fr Dowling Park on Monday 18th July to Friday 22th July.  The camp will start each day at 10am and ends at 2.30pm. It is a wonderful experience for the 6 to 12 year old boys and girle s to play games meet new friends and to practice the skills of our native games. The camp in Rhode is recognised as on For further information please contact Tracy Murphy Minor Club secretary or Cathal Smyth Minor Club Chairman or Offaly GAA Cul Camp organisers/ coach Liam O’Reilly on 087407212. . You can also get further detailsatgaa.ie/kelloggsculcamps . Please Note  the deadline has passed for those wanting to register their kids so they can receive their gear on time and before the 24th June. Late registeration or on the the start day of the Rhode GAA Cul camps includes an additional €10-00 for late entry and may not guarntee gear been delivered on week of Camp.

Hard luck to Offaly U,21s who were beaten by Dublin on a score-line of 2-15 to 1-10 in the Leinster Final on Wednesday evening last in Oconnor park Tullamore.

There was no winner of the Rhode GAA Lotto Draw that took place on the 4th of July for a Jackpot of €15,000.  The numbers drawn were 2 14 16 23.  The club would like to thank all those who supported the draw and thanks to Killeen’s for the use of their premises and for their help and cooperation.  The following matched three numbers and received €50 each.

The Rhode GAA Lotto is the main source of income the club has and now you can play online though our website.  The good news is when you play the lotto online you are entitled to free draws, for example pay for seven draws receive the eighth one free, pay for fourteen draws receive two free and so on.  In other words, the more you play the more free draws you are entitled to.

Massive congratulations to Rhode Footballer Aidan Braxty Brereton and his new Bride Alison on their marriage last week. All in Rhode GAA Club wish you both much happiness for the future.

Congratulations to Kieron Padjo hope and Aoife Byrne who were married on Saturday in Rhode . All in the club wish you much happiness together.