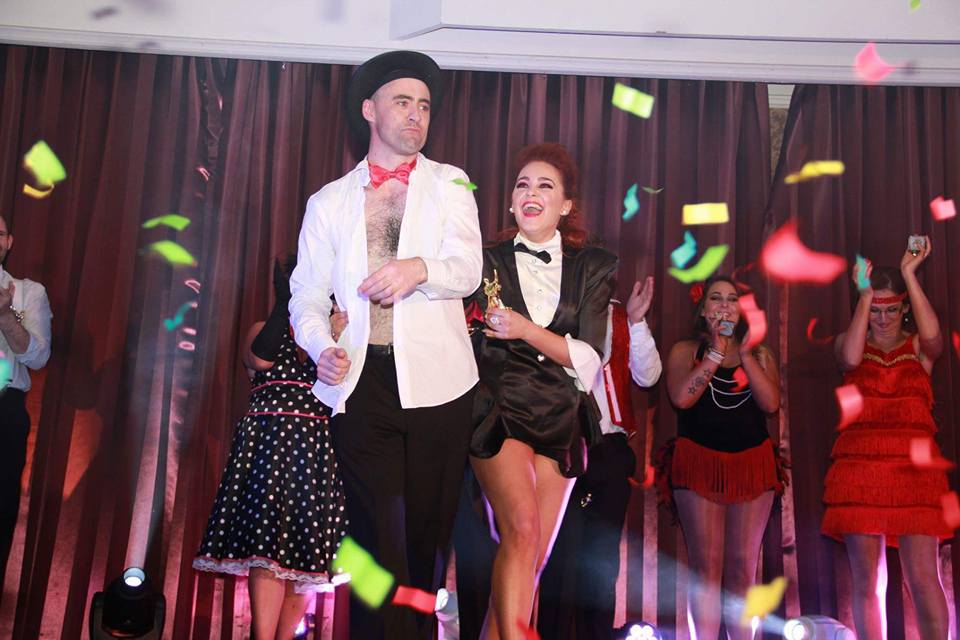 On the May bank holiday weekend well over 850 people attended the Rhode GAA Strictly Come Dancing fundraising event in the Tullamore Court Hotel to watch eighteen couples dance out of their skin to be crowned Rhode GAA Strictly Champions. Nike Air zoom Pegasus 31 damskie MC for the night RTE radio sports presenter Robbie Irwin began proceedings by welcoming on stage the 18 couples which got the crowd going with their group dance . Following this excellent performance Robbie welcomed our three wonderful judges Fr.Greg Corcoran, Lisa McGowan and Martina-Murphy Dunne. Peyton Manning Jerseys First part of our show seen couples 1-9 perform their dance. Couple 1 dancing the jive Francis Mayon & John Bottler Kennedy, Couple 2 dancing the Quickstep LIam Quinn & Mairead O’Connor , Couple 3 dancing swing Regina Swaine & Joey Hannon, Couple 4 dancing Disco John Foley & Mary Flanagan, Couple 5 dancing the LIndy hop Sarah Hanaphy & David Rigney, Couple 6 Ray Dempsey (The Butcher) & Joan O’Brien dancing Country, Couple 7 Cara Leavy & Shane Lowry dancing Jazz, Couple 8 Declan (Dark Horse) Curley & Stacey Glynn dancing Motown and Couple 9 Damien McGuiness & Caoimhe Hope dancing musical theathre. After each dance the judges gave their say and the first nine dancers gave such a performance that the judges scores matched each dancer. hogan scarpes shop Half time was upon us when Local performance group Shock waves performed for all present which was another fab performance which was met by hug applause by all in the audience. The Buckets were then put in place for all to vote for their favourite dancer so far. billig nike air max 2016 Following from the first half the next nine couples were ready to dance. Air Jordan 2 First couple up were couple 10 Eileen Fisher & Stephen Darby dancing Rockabilly, Couple 11 Nianh Glynn & Jake Kavanagh dancing Hip Hop, Couple 12 Fergus Leavy & Edwina McGovern dancing the Charlston, Couple 13, Aimee Geraghty & Ken ‘Gale’ Kellaghan dancing Irish Funk, Couple 14 Megan Kilmurray & Darren Molloy dancing the Showdance, Couple 15 Kerri Kellaghan & Kevin ‘Red’ Carey dancing the Salsa, Couple 16 Donal Hickey & Mary Kerrigan dancing Freestyle, Couple 17 Drew Doyle & Garrett Mcnamee dancing the Tango and our final couple of the night couple 18 Cliodhna Molloy & Ian Nugent dancing Broadway. All Performances on the night were met by massive applause by the crowd after each dance. Braxton Miller College Jerseys The voting buckets went back out again for people to vote for their favouirite dancing couple which would help determine the final 3 who would dance off for the right to be crowned strictly champions. Following this Rhode GAA Club Chairman Seamus Maguire adressed the crowd on behalf of the club giving an excellent speech thanking all the dancers supporters comimittee and businesses for supporting our club. Josh Brown The boxes were then moved so counting could take place which our auction then took place with Robbie Irwin and Local auctioneer Mark Conroy carried out the proceedings. First up was the Shane Lowry Golf Club which was bought by Martina -Murphy Dunne, All Ireland Football Tickets Rodger Scally, All Ireland Hurling Tickets Eugene Byrne, Corportate Bruce Springsteen Tickets Fergus Leavy, All Ireland 2015 signed Dublin Jersey Patrick Roche, All Ireland 2015 Kerry Team Panelists Jersey Private Buyer, Hotel Voucher James Murphy 12,s Sports socks John Kilmurray. Following our excellent Auction it was now back to proceedings where before the final three was announced a presentation of a trophy thanking the dancers for their hard work was presentecd on belhalf of the Strictly Comimittee to each dancer followed by presentations to the Judge’s and dance teachers . A drum roll Began and a big cheer went up as the top three couples were called out Stacey And Declan, Regina & Joey and Fergus & Edwina. As each couple were called out they performed their dance again which was Electric for all in attendence. Nike Air zoom Pegasus 32 damskie The Judges has a big decision to make everyone took a deep breath as the Trophy and flowers were put on the ready. The MC was given a piece of paper you could see everyone perching up in their seats in anticipation for the winner to be announce …… Nike Free 3.0 2016 Rhode GAA Strictly Winners ….. Yadier Molina Authentic Jersey Dancing Motown Declan Curley and Stacey Glynn !!! The poppers went and the clapping and cheering began followed by a standing ovation as they winning couple recieved their trophies. An excellent and Thrilling end to what was a wonderful night. Mens Nike Air Max 2017

Kole Calhoun Jersey It want finished their though as the Disco began and many others danced the Night away.

Rhode GAA would like to pay a huge thanks to all who made this night possible which with out doubt is our biggest fundraising event held by the Club. Tio our dancers and Dance teachers Lizzie and Elise of the Performance Lounge, Cecil Carter for the stage lighting and music, MC Robbie Irwin, Our excellent Judges Greg, Lisa and Martina, Kelly Hannon & Galvins For Men for sponsoring and supplying wonderful clothing and All who gave dance sponsorship programme sponsorship or any sponsorship thanks a million for your continued support. nike free run 3.0 homme Goedkoop Nike Air Max 2017 The ladies Sharon Claffey, Emma Coffey, Gemma, Murphy, Nathisha Stones, Nessa Plunkett Walsh, Elaine Behan for the Hair and Make-up.

Philip O’Brien And Staff Of the Tullamore Court Hotel deserve a big thank you for hosting our event in such a professional manner.

Finally To all our supporters and friends who attended our excellent night with out you it would not have been a success . Than you !!

There was no winner of the Rhode GAA Lotto Draw that took place on the 3rd of May for a Jackpot of €15,000. The numbers drawn were 23 24 27 28. Nike Air Max 2016 Dames The club would like to thank all those who supported the draw and thanks to Doyle’s for the use of their premises and for their help and cooperation. Baylor Bears The following matched three numbers and received €200

The Rhode GAA Lotto is the main source of income the club has and now you can play online though our website. ULTRA BOOST The good news is when you play the lotto online you are entitled to free draws, for example pay for seven draws receive the eighth one free, pay for fourteen draws receive two free and so on. In other words, the more you play the more free draws you are entitled to!!

Get well wishes are extended to all of the people of the parish who are ill or hospitalised at the moment especially Patricia Ennis.

Deepest Sympathy to the Family, relatives and Friends of Dessie Mcnamee who died after a long ilness. Dessie will be missed by all who knew him especailly his wife Biddy, Sons and daughters. Dessies funeral mass took place on Thursday the 28th of April in Castlejordan church followed by burial to the adjoining cemetery .