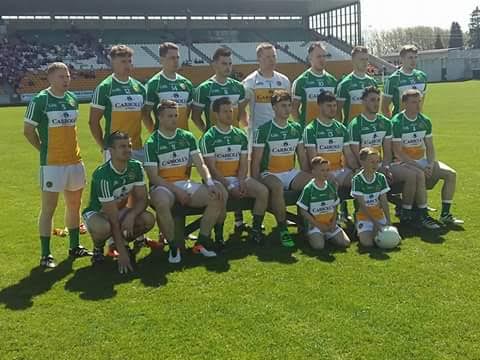 Congratulations to offaly senior footbalers on beating London on Saturday afternoon last in O’Connor Park Tullamore on a score-line of 0-17 to 1-07. Offaly now go on to play Kildare after getting them in the Draw that took place Monday morning. Bo Jackson Auburn Tigers Jersey Rhode had 4 players in the Starting line up Niall McNamee , Anton Sullivan , Brian Darby , Niall Darby with Kenneth Garry adding to that in the final ten minutes of the game replacing Goalkeeper Alan Mulhall. Also on the Panel from Rhode is Conor and Ruairi McNamee.
Offaly GAA Cul Camps
The annual Rhode GAA Cul Camp will commence in Fr Dowling Park on Monday 18th July to Friday 22th July. Nike SB Air Zoom The camp will start each day at 10am and ends at 2.30pm. UGG Homme It is a wonderful experience for the 6 to 12 year old boys and girle s to play games meet new friends and to practice the skills of our native games. Asics authentique The camp in Rhode is recognised as on For further information please contact Tracy Murphy Minor Club secretary or Cathal Smyth Minor Club Chairman or Offaly GAA Cul Camp organisers/ coach Liam O’Reilly on 087407212. tn requin noir et bleu Stanford Cardinal . NIKE AIR MAX THEA You can also get further details atgaa.ie/kelloggsculcamps . Women Air Jordan 7 Please Note the deadline has passed for those wanting to register their kids so they can receive their gear on time and before the 24th June. nike air force 1 high hombre Late registeration or on the the start day of the Rhode GAA Cul camps includes an additional €10-00 for late entry and may not guarntee gear been delivered on week of camp. ParaJumpers Mystic Jacket
Rhode U,12s
Rhode U,12s and U,11s gave a wonderful display of football last wednesday evening against neighbours Edenderry in Rhode. Adidas Yeezy 350 Homme
Underage Training
Underage training for u,10s and u,12s will restart their summer training on a wednesday evening 6pm aswell as Saturday mornings.
Development Blitz
Rhode GAA are hosting A leinster GAA Development Blitz starting from 11 am on Saturday morning Coming the 2nd of July .
Fixtures:
Thursday 30th June
U,16 B Championship
Rhode V Gracefield Venue Gracefield 7.30pm
Friday 1st July
Division 4 league
Rhode V Tubber Venue Tubber 8pm
Lotto

There was no winner of the Rhode GAA Lotto Draw that took place on the 20th of June for a Jackpot of €15,000. NIKE ROSHE RUN free run 5.0 blu uomo The numbers drawn were 5 6 11 16. The club would like to thank all those who supported the draw and thanks to Killeen’s for the use of their premises and for their help and cooperation. Nike Air More Uptempo The following matched three numbers and received €50 each.

The Rhode GAA Lotto is the main source of income the club has and now you can play online though our website. Moncler Manteaux The good news is when you play the lotto online you are entitled to free draws, for example pay for seven draws receive the eighth one free, pay for fourteen draws receive two free and so on. In other words, the more you play the more free draws you are entitled to!!

Deepest Sympathy is extended to Groome Family Garr and the Glennon family Rhode on the death of Eileen whose funeral took place on Saturday morning in Castlejordan with burial afterwards to Castlejordan Cemetery. Houston Rockets

Deepest Sympathy is also extended to the Brennan/Mann Families Daingean on the Passing of Mary whose funderal took place on Saturday morning with burial in Daingean Cemetery.

PrevPreviousClub Lotto
NextCounty Final Mode Kicks In as Both Senior and Junior Teams Reach Final !!Next