Division 1 League Final On This Wednesday 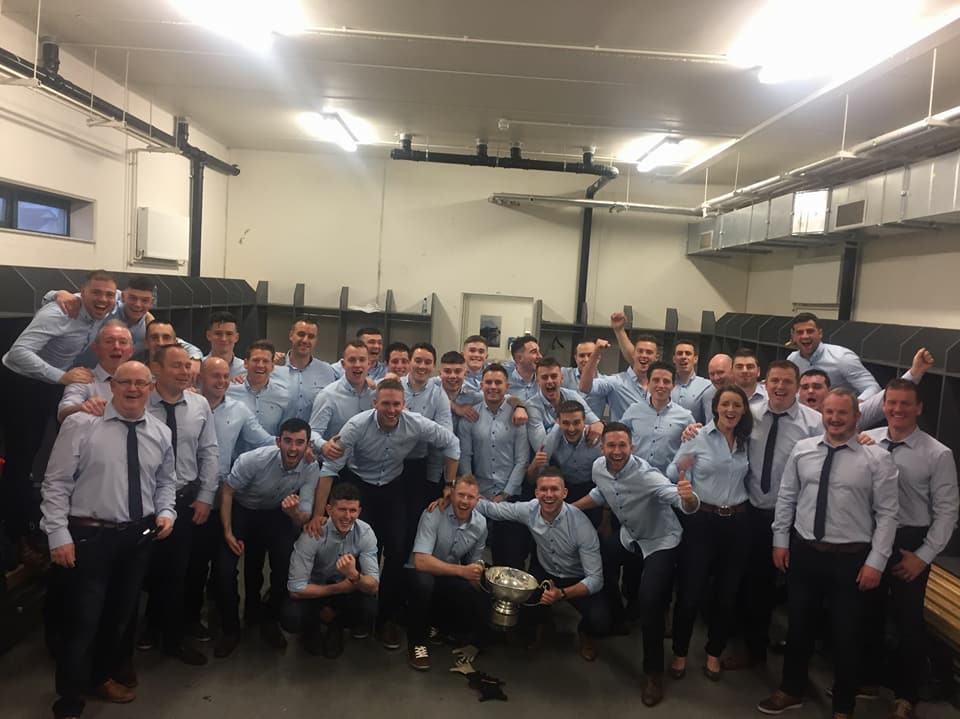 Rhode Senior Footballers take on Ferbane on Wednesday 8th of November at 8pm in Geashill .

Please support the lads as they bid to retain the Casey Cup !!

Rhode GAA golf classic took place on Saturday gone with a good number of teams taking part on the day. We were blessed with the days weather and everyone enjoyed it.

Many thanks to all who participated on the day and massive thank you to those who gave sponsorship  for our event.

Massive Thanks to the following

A special mention to Ray Dempsey “Butchers” for providing the much-needed refreshments.

Rhode U,10 boys travelled to Kinnegad on Saturday night last with two teams .Rhode  played Coralstown/Kinnegad , Ballinabrackey and Killucan in what can be described as a mini All Ireland blitz with the teams been paraded onto the playing fields with PA announcements and standing proudly for the National Anthem.  Both Rhode team played two very competitive games each giving great footballing displays.  The night finished with penalty shoot and then the kids were treated to Pizza, minerals and other refreshments before heading for home. The Rhode u,10 management team of Stephen Glennon, Brendan Glennon and Mick Fleming would like to thank Coralstown/Kinnegad and in particular Pat Geraghty for such a brilliant night.

Rhode U,12 Boys travelled to Prosperous to take on Caragh on Sunday morning last.  It was an excellent footballing display from the young lads of Rhode with the final score reading Rhode 5-14 Caragh 2-8.

The 129th AGM of Rhode GAA Club will take place Friday the 1st of December in Rhode GAA Hall at 8pm Sharp. All Members and Intending Members are requested to attend.
.
Please Note that members will receive official notice of our AGM by post in the coming days .

.The AGM is an important part of the Clubs calendar where all aspects of the clubs activities for 2017 will be up for discussion. All attending the meeting will be requested to sign on arrival with club registrar Ger Noonan and membership for 2018 will be taken on the night and we would request members to do so.

We are delighted to announce we will be holding a Christmas Draw which will be held on Monday 18th of December .

Plenty of Top prizes will be up for grabs watch this space !!

There was no winner of the Rhode GAA Lotto Draw that took place on the 31st of October for a Jackpot of €15,000.  The numbers drawn were 8 9 18 24.  The club would like to thank all those who supported the draw and thanks to Killeen for the use of their premises and for their help and cooperation.  The following matched three numbers and received €100 each.