Senior’s Out In Second Round Of Championship This Wednesday 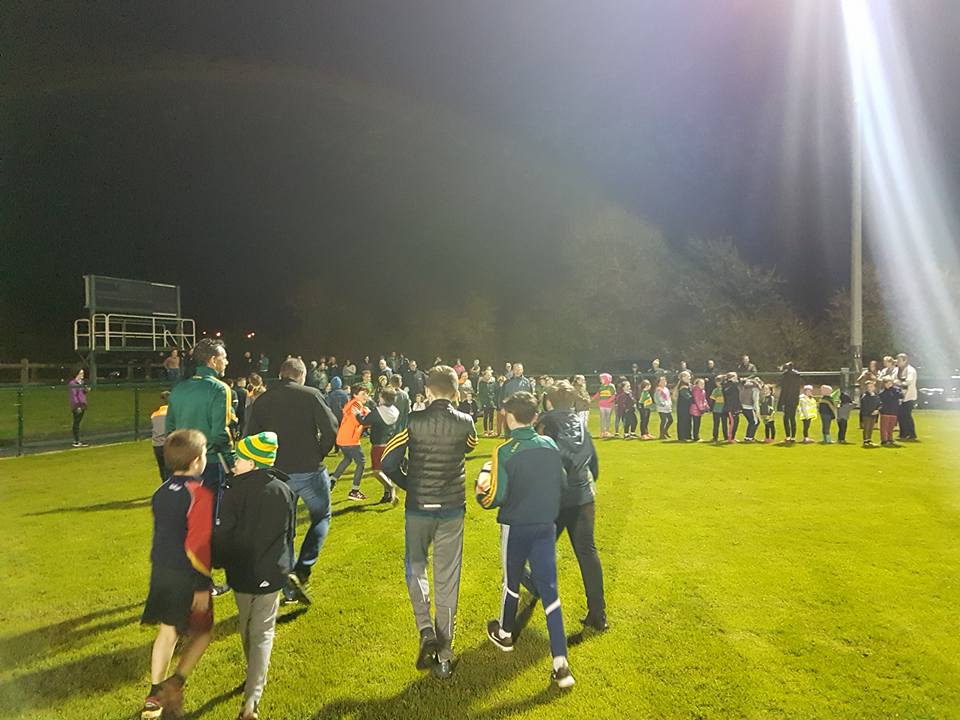 Rhode Senior Footballers take on Clara in the second round of the Offaly Senior Football Championship this Wednesday April 18th at 7pm in O’Connor Park Tullamore.

Rhode Junior A Footballer’s will take on Birr in Fr.Dowling Park Rhode this Saturday April 21st at 6pm.

Rhode U,13’s have Reached the Leinster League Final where they will Play Tullamore following a 5-12 to 1-7 win over Skryne of Meath on Monday evening last.

Lets get behind our boys !!

Massive congrats to All the boys and girls of the Parish who received their Confirmation  in St.Peter’s Church Rhode on Friday afternoon last.

Massive Congratulations to Jason Birdie Byrne and his new wife Jacinta who were wed on Friday afternoon last.

May you both be blessed with much joy and happiness in your life together.

There was no winner of the Rhode GAA Lotto Draw that took place on the 9th of April for a Jackpot of €15,000.  The numbers drawn were 10 12 24 27.  The club would like to thank all those who supported the draw and thanks to O’Toole’s for the use of their premises and for their help and cooperation.  The following matched three numbers and received €100 each.

Get well wishes are extended to all of the people of the parish who are ill or hospitalised at the moment especially at this time one of Rhode’s finest sports men Pat Smullen . All in Rhode GAA sent Pat our best wishes for the coming weeks’ and month’s ahead and look forward to his full and speedy recovery.