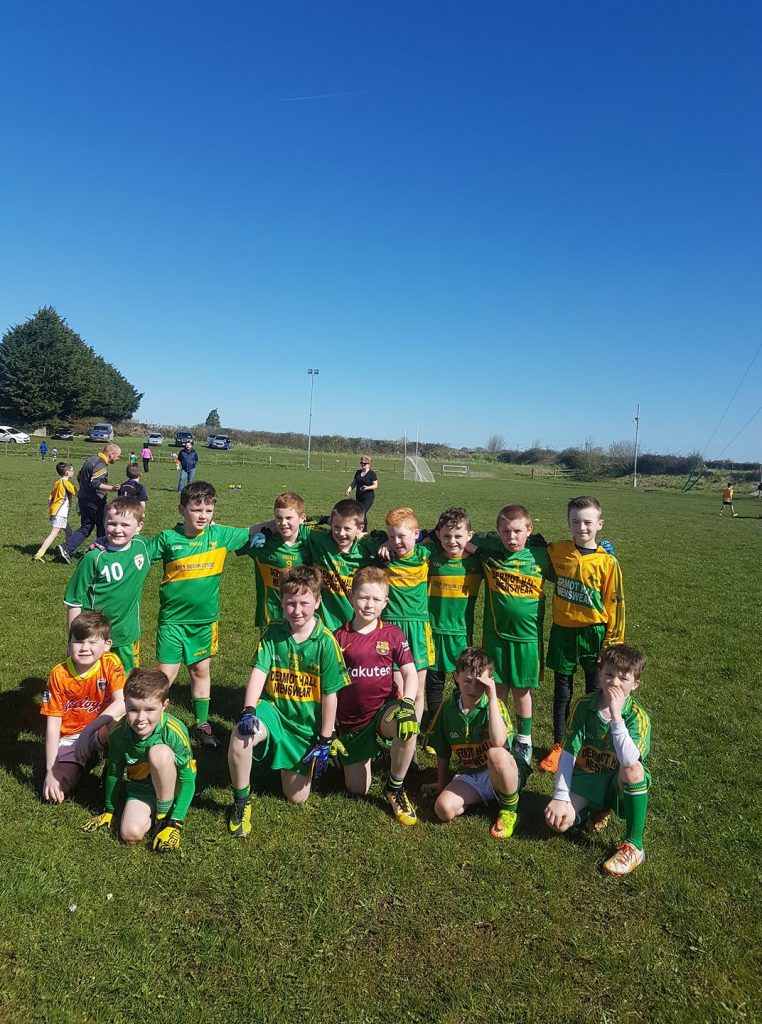 Rhode Senior Footballers continued their winning in the second round of the championship defeating Clara on a score-line of  2-15 to 0-09 on Wednesday evening last in Bord Na Mona O’Connor Park Tullamore.

Rhode Junior A Footballers had an impressive win on Saturday evening last in Fr.Dowling Park  defeating Birr on a score-line of 9-14 to 1-09.

Lets get behind our boys !!

Very best of Luck to Rhode U,14s in the Offaly Feile next Saturday April 28th in Gracefield.

Lotto
There was no winner of the Rhode GAA Lotto Draw that took place on the 17th of April for a Jackpot of €15,000.  The numbers drawn were 9 24 27 30.  The club would like to thank all those who supported the draw and thanks to Killeen’s for the use of their premises and for their help and cooperation.  The following matched three numbers and received €50 each.

Jordan and Kerri Murphy
Damian Jones (Ballyfore)
Derek Foy
Rose Curley
The Rhode GAA Lotto is the main source of income the club has and now you can play online through our website.  The good news is when you play the lotto online you are entitled to free draws, for example, pay for seven draws, receive the eighth one free, pay for fourteen draws receive two free and so on.  In other words, the more you play the more free draws you are entitled to!!