All Roads Lead To Wicklow This Sunday 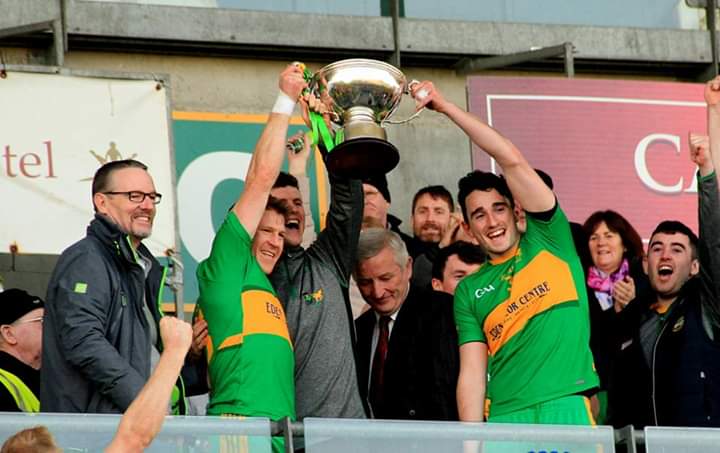 The Journey Continues for the Rhode Senior Footballer’s as they Travel to Wicklow GAA Grounds this coming Sunday October 28th to Play the Wicklow Champions in Aughrim at 1:30pm . We Hope that many of you as possible from Rhode and indeed the County can travel up to support the team.

U.17 Offaly  A Shield Championship Final

Rhode U’17 footballers’s will take on Na Fianna in the U’17 A football championship final on Wednesday October 31st. It would be wonderful for everyone to get behind the lads and bring home a championship to Rhode in what was a promising year for the boys.

All your support would be greatly appreciated

As per tradition the Rhode Senior Team , management and club officers visited the Parish schools including the preschool on Monday morning after the County final. As always it was truly fantastic the welcome they got in all the schools. A massive thank you to the teacher and staff and most especially the children for your wonderful welcome.

Leading up to the County final we had a competition for all the school kids that if they were attending the match they were to take a selfie of them in their Rhode colour’s and post it to our Facebook page . We had a fantastic amount of entries but in everything there only can be one winner and that was Chloe Molloy Ballybrittan with her fantastic selfie dressed as Donald Trump in Rhode gear. Chloe has some Rhode gear and will be presented to her in next week or so.

There was no winner of the Rhode GAA Lotto Draw that took place on the 17th of October for a Jackpot of €2,600.  The numbers drawn were 8 13 23 30.  The club would like to thank all those who supported the draw and thanks to O’Toole’s for the use of their premises and for their help and cooperation.  The following matched three numbers and received €200.

May Michael Rest in Peace