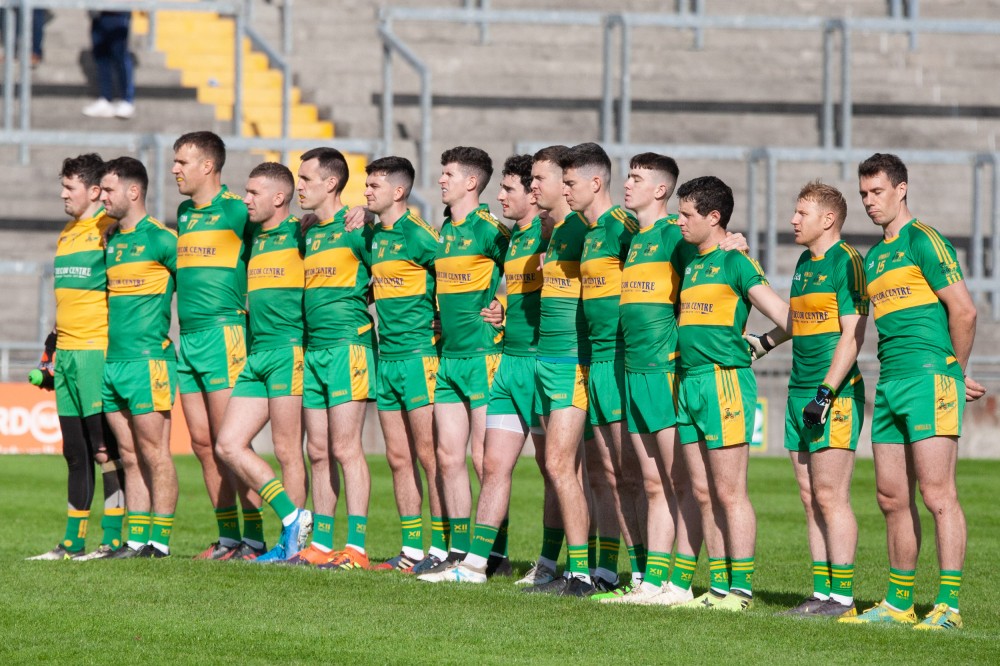 Rhode Senior Footballers take on Edenderry in the Offaly Senior Football semi final in Bord Na Mona O’Connor Park Tullamore at 5pm this coming Saturday September 19th. Very best of luck to all the players and management.
Junior A football relegation Final
Rhode Junior A footballers take on Kinnitty in a very important game on Friday september 18th in O’Brien Park Tullamore at 8pm. Very best of luck to the players and management .

Rhode U13 footballers were defeated by Tullamore  on Thursday evening last in O’Brien Park. Rhode played excellently throughout and it was a drawn game at half-time 2-10 to 5-01 .Unfortunately Tullamore kept the goals coming and the final score was 8-11 to 3-12. . Young lads should hold their heads up high scoring 3-12 certainly nothing to be laughed at and would win a game any other day.  .

We are continuing with our Rhode GAA Supporters Draw to Aid our Planned Development for our Grounds . Entering this draw will provide you with the chance to win 1st prize €1000 & 5 chances to win €250 in each draw and there are 5 draws taking place throughout the year. That’s a total of 30 chances to win over the year. The Draws will be held on the following dates while adhering to the strict HSE/Government and GAA Guidelines:

The 3rd Draw took place on  August 25th while further 2 draws will take place on the following Dates:

• 24th October • 19th December
Many Thanks to all who sold or purchased tickets for our Supporter’s Draw.

Congratulations
Massive congratulations to all the boys and girls of Scoil Mhuire Naofa An Rod on receiving their First Holy Communion and Confirmation at the weekend.

50th Wedding Anniversary
Massive congratulations to Tony & Ann Brereton who celebrated their 50th wedding anniversary over the weekend. Good Health & Happiness to you both for the years to come.

The Rhode GAA Lotto Jackpot is €14,400 and it took place on the 7th of September  while adhering to strict guidelines.

There were three match three winners who won €70 each.

The lotto can be played online before 12 Noon on the date of Draw see the Rhode GAA Website / Facebook / Twitter Or Contact your usual ticket seller for details Draw Will take place every Monday Night and will be live on Facebook around 8:30pm

.  No Shame in needing help when you are in need of it.
Members of Rhode GAA committee and club members/supporters are available to help out in collecting groceries or prescriptions from the chemist and shops for the eldery and vulnerable of the parish:
Tracey Murphy 0872264435
Patricia McManus 0876439380
Michael Fleming 0860830673
Stephen Darby. 0868452132
Siobhan Scally  0871416115
Paul McNamee 0852101826
Debbie Gowran 0851391386
Rory Swaine 0871131113
Club Person of Contact Eoghan Hickey 0879481249
Feel free also to message this page or any other issues or messages that need to be passed on you can contact me PRO Robert Kellaghan 0876452964
Offaly Covid-19  Community Response Forum FREEPHONE number is 1800 81 81 81 or email covidsupport@offalycoco.ie.  Lines open 8am to 8pm 7 days a week #CommunityCall #Offaly
Please See our Social Media pages on Facebook and Twitter for updates on club activities during the Covid-19 Crisis:

Stay Safe
We hope all in our community are keeping safe and well. We urge you all to play your part in this war against the invisible virus. Please observe social distancing advice and follow guidance from government, HSE and reliable sources. There is much scaremongering and false information doing the rounds also, so be careful and use good judgement.  Look after yourself, your family and your neighbors. Especially those who are at greater risk. If you or someone you know, needs some help with getting groceries or medication, speak to members of our club and we will do our best help out