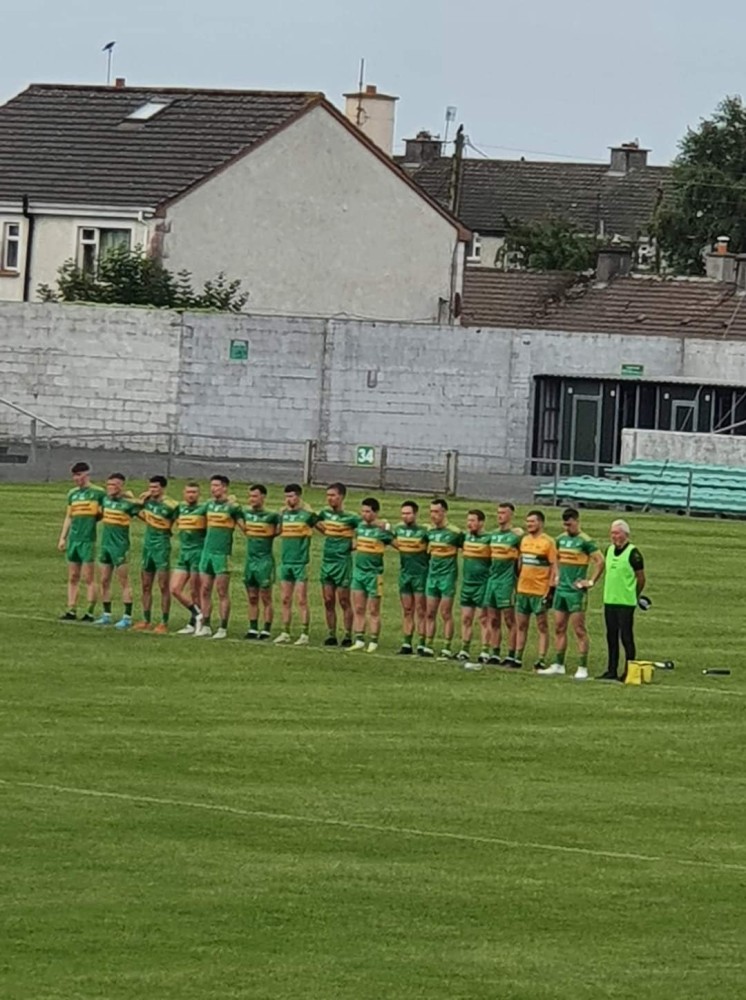 Rhode Senior footballers booked their place in the Offaly senior football championship semi finals following a 2-13 to 0-15 win over Clara on Sunday afternoon last in BNM O’Connor Park Tullamore . The win put us top of the table and straight into a semi final. Well Done to players and management.

Rhode Junior A footballers were well beaten by Kilcormac Killoughey on Saturday evening last at home in Fr.Dowling Park on a score-line of 6-10 to 1-06. A win would have booked us a semi final spot but that was not to be and Rhode will now play Kilclonfert in a Quarter Final in a few weeks time.

U15 A Football Championship

Rhode U15 footballers remain unbeaten in their group following a 5-07 to 1-10 win over St.Vincents on Wednesday evening last in Fr,Dowling Park . Rhode will now play their final group game on Wednesday August 24th against Shamrocks in Mucklagh 7pm.

Our u13s put in a mighty effort against Gracefield on Friday evening. We

Should be proud no matter the result.  Well Done both teams for giving a great display in such warm weather .

St, Michaels lost out to St,Particks in the U20 Offaly Football championship Quarterfinal on Monday evening last on a score line of 5-11 to 0-08

Massive Congratulations to Cian McNamee who was 3rd in the all Ireland u14 100m final on Saturday  in Carlow . Well Done to all the boys and girls who took Part

Plans are well  underway for a family funday to be held in Fr.Dowling Park on Sunday 4th of  September between 2-5pm . It will be a day for family and all ages from young to old. More information will be available soon

Rhode Og GAA Summer camp is underway from Tuesday August 16th to Thursday August 18th. Best of luck to all taking part, we hope you all have a great few days.

The Rhode GAA Lotto Jackpot was €3,600 and it took place on the 8th of August in Doyle’s.

There was one winner with three matching numbers who won €200.