Senior Lose Out On Title 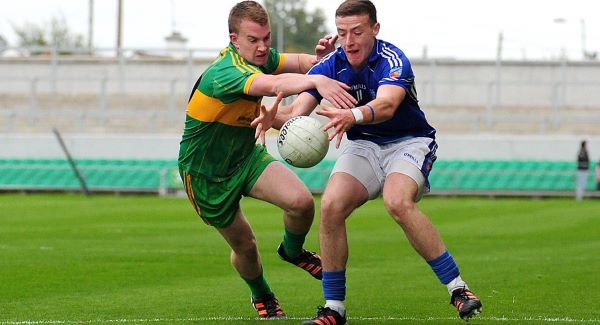 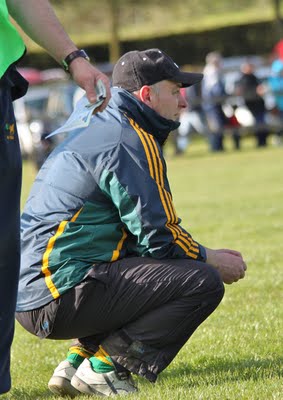 Hard luck to the Rhode Senior footballers and management team of Pat Daly manager Johnny Mooney and Pauric Dunne and to all the backroom panel of their 2-7 to 0-9 defeat to Tullamore in Sunday’s County Final.  Rhode never really got into this game the scores at the interval was Rhode 0-5 Tullamore 1-2 the Rhode points coming from Mark Dunne, Niall Darby (2) one each from Niall McNamee and Glen O’Connell.  Tullamore were the better team in the second half but Rhode tagged on points from Glen O’Connell, Niall Darby, Eoghan Byrne, Pascal Kellaghan but it wasn’t enough on the day.  The club would like to thank the players and management team for an excellent effort they put in all year they left no stone unturned in reaching the final.  The club would like to thank the following for sponsorship for the final.

St. Michael’s The Rhode Under 21 Parish side play St. Vincent’s in the Quarter Final of the championship on Saturday at 4pm in Kilclonfert

Under 13 League Rhode v Edenderry on Wednesday in Rhode at 5.30pm

Hard luck to Edenderry Junior A hurlers who lost out to Crinkle 1-17 to 1-12 especially to all the Rhode lads involved  James Coffey, Bill Glennon, Paul Glennon and Jonathan Geraghty.

Hard luck to Tyrellspass managed by Tom Coffey who lost the Westmeath county final to St. Lomans on Sunday.  Also well done to Garrett Hickey who was playing for St. Lomans.

The club would like to sent best wishes to Ronan Heavey as of last Tuesday night at the Offaly county board meeting he has joint the Offaly senior football management team as a selector for the coming year.  Ronan who will team up with Emmet McDonald manager and other selectors Gordon McDonald and Paul Mollen.  Also at this meeting Pascal Kellagghan was named as Offaly Minor manager for the fourth coming year his selectors John Kenny, John Murray and David Connolly.

There was no winner of the Rhode GAA Lotto for the week ending 6th of October for a Jackpot of €15,000.  The numbers drawn were 14 16 18 30.  The club like to thank all those who supported the draw and thanks to Killeen’s for the use of their premises and for their help and cooperation.  The following matched three numbers and received €100 each

Sympathy is extended to the Heavey family of Tubberdaly Rhode on the sudden death of Joe who passed away on Tuesday of last week and his remains were interred to Rhode cemetery on Saturday.  He was one of the great characters of Rhode who went about his way in a quite manner and he was a man of great knowledge and he was a pleasure to meet.  Joe worked all his life in bord na mona where he was highly respected.  He was also a great supporter of all Rhode and Offaly teams and until recently Joe was at the matches.  He will be missed by all but especially by the Heavey family, friends, neighbours and all of us who were lucky enough to have known him.  We all have lost a great friend.  May he Rest In Peace.