Clean Sweep For Our Senior , Junior A & B Teams In Championship 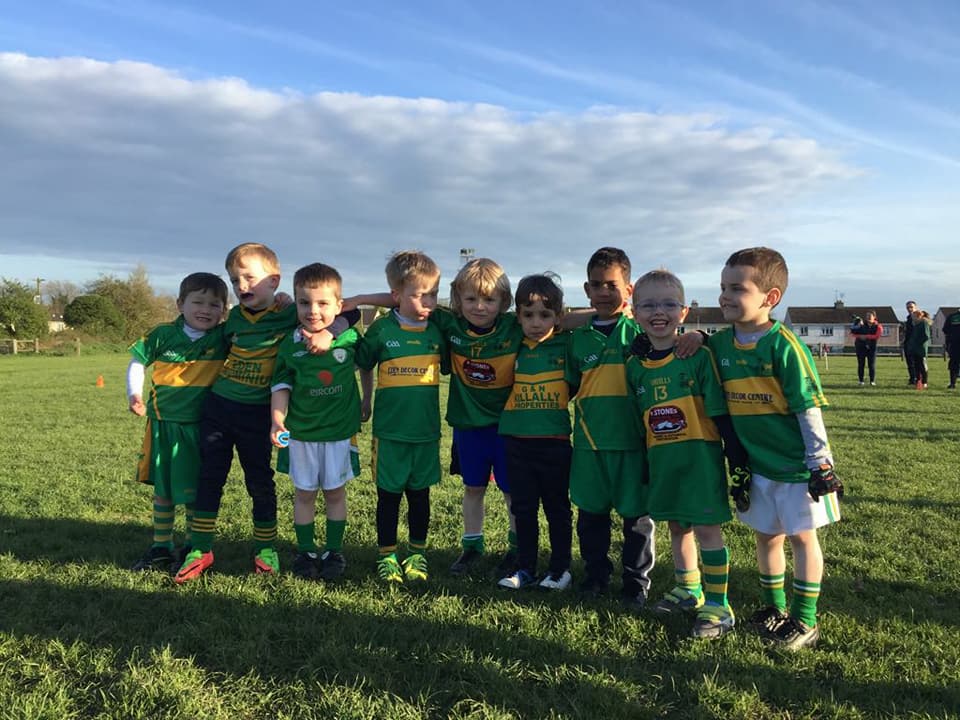 Rhode Senior footballer’s continued their winning run defeating Durrow in round 3 of championship on a score-line of 4-18 to 0-3. During the game Stephen Hannon got injured and we wish him all the best with recovery and you be back on the playing field very soon. Massive thanks to our physio Martha and Stewards in Bord Na Mona O’Connor Park .

>Rhode Junior B footballer’s had a 1-13 to 1-08  win over Ballycumber on Sunday morning last to make it 3 wins from 4 with final  group game to be fixed shortly.

Rhode u,13 players gained a further two points with a championship win over Kilcormac/killoughey.

U,15 Championship
Rhode U,15 footballer’s take on Ferbane/Belmont in round 1 of the championship this Wednesday evening July 11th at 7:30 pm in Fr.Dowling Park

Very best of luck to Rhode u,10 boys as they take on East Meath in the semi final.
The Semi Final and Finals for the Leinster Community Games takes place this Saturday July 14th Trim . A bus will be leaving Otoole’s Car Park around 8am for the player;s/parents .

The annual Rhode GAA Cul Camp will commence  next week in Fr Dowling Park on Monday 16th July to Friday 20th July. The camp will start each day at 10am and ends at 2.30pm. It is a wonderful experience for the 6 to 12 year old boys and girle s to play games meet new friends and to practice the skills of our native games. The camp in Rhode is recognised as a top class camp. For further information please contact Tracy Murphy Minor Club secretary or or Offaly GAA Cul Camp organiser/ coach Liam O’Reilly on 087407212. This is the last week to register so get registering as you cannot do it on day.

Well done to Daithi Hope and Noel Murphy who won the A final at the Cavan 60×30 doubles open in Virginia on Saturday last.

Lotto
There was no winner of the Rhode GAA Lotto Draw that took place on the 2nd of July for a Jackpot of €15,000.  The numbers drawn were 5 7 18 24.  The club would like to thank all those who supported the draw and thanks to Doyle’s for the use of their premises and for their help and cooperation.  The following matched three numbers and received €100 each.
Seamus Hamill
Richard Coughlan

Deepest Sympathy to the Rigney Family on the Passing of Mrs Elizabeth Rigney Ballybrittan.  The Deceased is the Grandmother of Rhode Footballers Eoin, Mark and  David Rigney. Mrs Rigney funeral took place  on Monday week last at St.Peter’s church Rhode followed by burial to the adjoining cemetery

May Elizabeth  Rest In Peace .