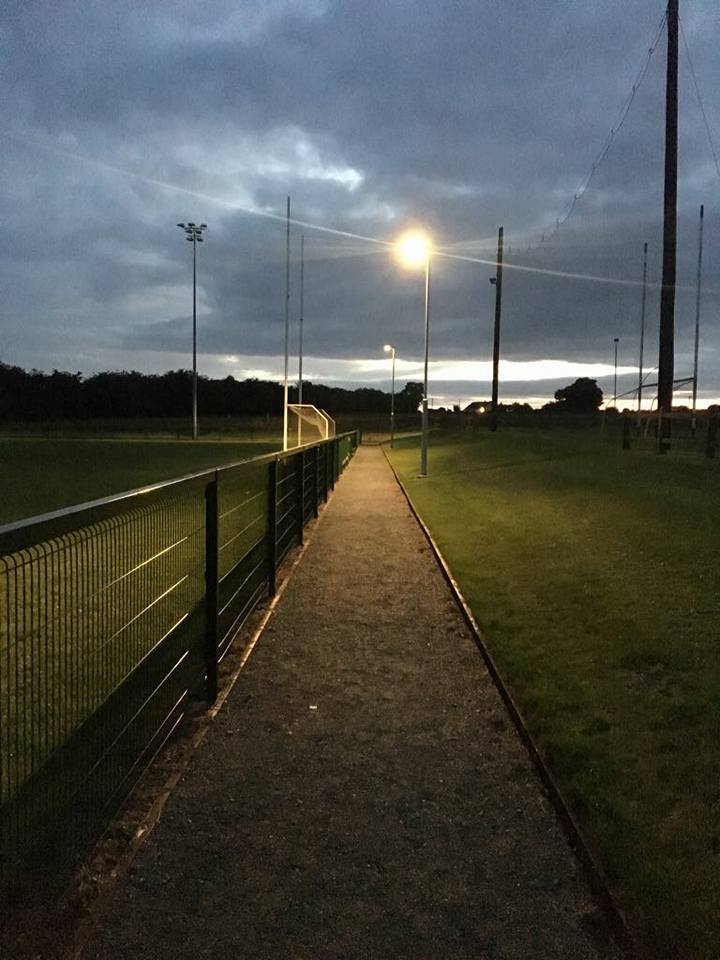 Rhode Senior footballers finished the group stages of the championship undefeated after beating Gracefield  1-12 to 2-08 on Friday night last in Walsh Island .

Having already secured a Semi final spot Rhode will await to see who comes out of the quarter finals with Ferbane taking the other semi final spot.

Semi Finals are fixed for the last weekend of September .

We are holding our 2018 Golf Classic in Castle Barna Golf Club Daingean takes place this Saturday September 8th .
Team  €160 The Format is Four-ball Scramble  with excellent prizes up for grabs.
Contact Vice Chairman Oliver Murphy on 087-7087117  for Time-Sheet or sponsorship €100.

U17 Football Championship
Rhode U’17 footballers gave a great performance to defeat St.Vincent’s in the championship last Wednesday night in Rhode on a score-line of  2-14 to 0-18.

Walking Track
All Wishing to use the new walking track at our grounds have to be members of Rhode GAA Club .

Rates are as Follows:

We were Delighted to receive our Leinster GAA Club Bua Beko Award of €1500 worth of Equipment on Wednesday night last which will be used by our under-age teams.

David Hope and Noel Murphy will contest the over 35’s Doubles Leinster Finals.

There was no winner of the Rhode GAA Lotto Draw that took place on the 27th of August for a Jackpot of €20,000.  The numbers drawn were 10 12 19 29.  The club would like to thank all those who supported the draw and thanks to O’Toole’s for the use of their premises and for their help and cooperation.  The following matched three numbers and received €100 each.

Deepest Sympathy is extended to the Canton Family Walsh Island on the passing of John Jagger Canton . The Jagger was a great friend of Rhode’s and was evident with the turn out of  many from the Parish at his funeral and wake. He will be sadly missed by all who knew him.  Jagger’s Funeral mass took place on Friday last at the church of the immaculate Conception Walsh Island followed by burial to the adjoining Cemetery .

May Jagger Rest In Peace.